Afiya is a Fashion Model, Actress, Entrepreneur, Host, and Charity Enthusiast.  Hailed as a top supermodel, Brooklyn born and NYC-based Afiya Bennett was discovered at age 18, when she competed on Naomi Campbell’s hit show, The Face, on #TeamNaomi. Bennett has since gone on to exceed all expectations in the fashion industry.

Afiya was the Global Brand Ambassador for Fiji Water for over 4 years, taking Fiji worldwide and acting as the spokesperson and headliner of their new #FIJIFIT Sports Cap Launch in NYC.

When Afiya isn’t busy traveling across the globe on various photoshoots, she spends her time blogging; sharing lifestyle tips on fitness, beauty, modeling, fashion and overall style. Afiya is also an active participant in multiple charity organizations, walking in the annual Breast Cancer Walk, delivering blankets to babies in Neonatal Intensive Care, and the partaking in the Make-a-Wish foundation, granting wishes to terminally ill children.  She has also donated and supported charities both locally and internationally for Habitat for Humanity,  the Nelson Mandela Foundation, and Amfar which brings awareness for the fight against HIV/AIDs.

In October 2018, Afiya took her first stab at entrepreneurship by launching her own luxury hat line, “The Afiya Collection” available online. In launching the line, Afiya hopes to inspire the next generation of children to chase after their dreams.

Being raised by two incredible parents who work as educators, Afiya is a strong believer in the value of education. In that spirit she recently completed her Bachelors degree in Media and Business Management at Arizona State University. 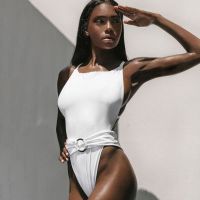